In his bid for Florida governor, Agriculture Commissioner Adam Putnam has noticeably leaned right, a not-too-unsurprising move to appeal to base voters in a political landscape dominated by Donald Trump.

But aligning himself with the ad agency behind the unprecedented win for Germany’s far-right populist party? That is beyond the pale.

According to the Washington Post, Harris – founded in 2008 by Vincent Harris – was on board with the far-right Alternative for Germany (AfD), which entered Parliament after the nation’s Sept. 24 elections. Harris was in charge of the populist group’s successful online advertising blitz.

As a result, AfD became Germany’s third biggest party, taking 13.3 percent of the total vote, with much of its support in the country’s former communist east side. The Guardian reported on German commentators calling the anti-Angela Merkel vote a “seismic shock” for the nation.

Stateside, Harris made its conservative bona fides with such firebrands as Newt Gingrich, Mitch McConnell and Ted Cruz, most notably working on the Texas Republican’s successful 2012 campaign for U.S. Senate.

In Florida, Harris had coordinated then-candidate Rick Scott‘s online communications in 2010 during his first bid for governor, going as far as opening a Tallahassee office and hiring Scott’s daughter, Allison Guimard, as vice president.

Moving to the right may be understandable for a primary race. But getting in bed with Harris Media and Germany’s radical far right? Say it ain’t so, Adam Putnam. 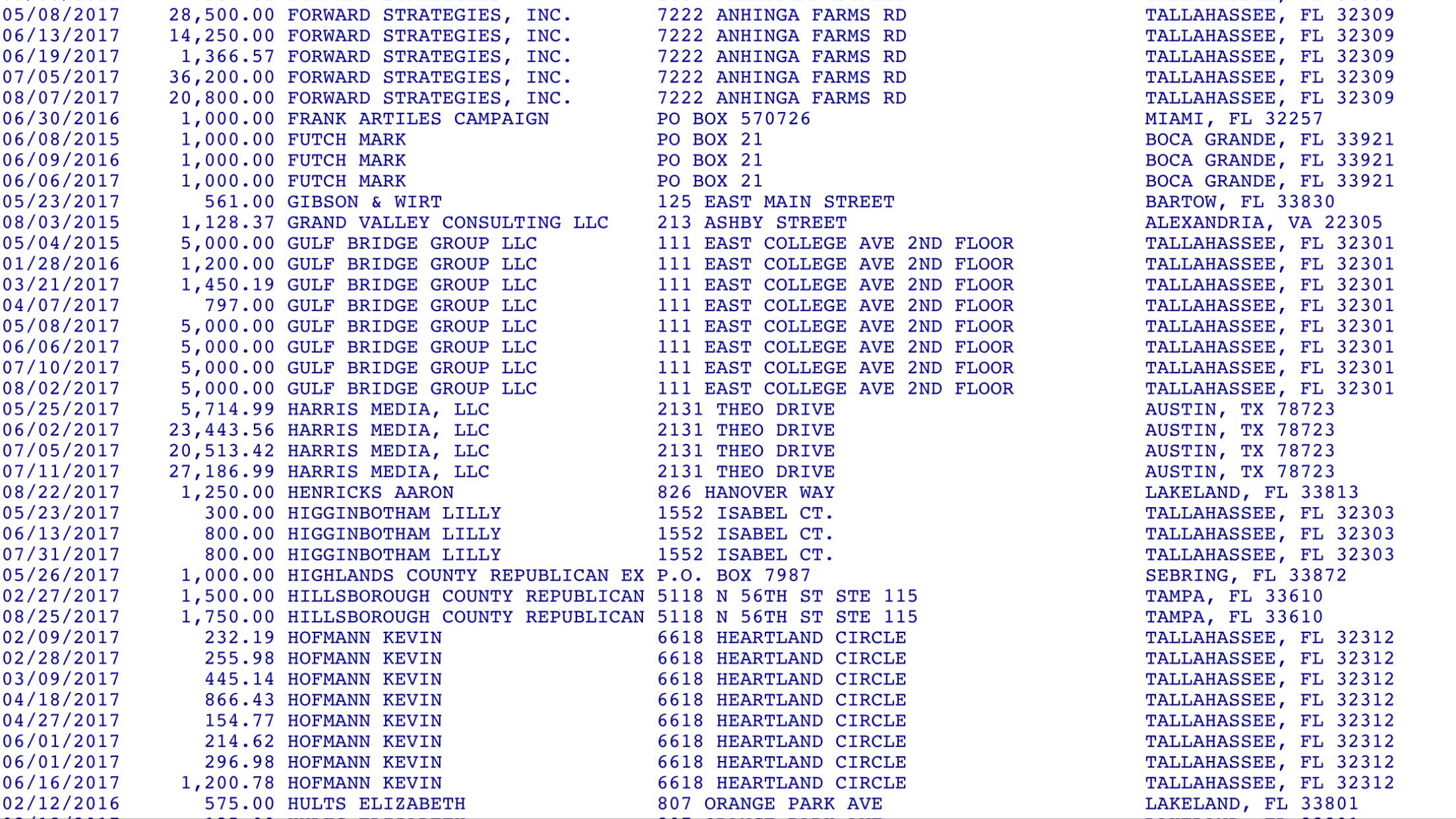 It’s clear that Agriculture Commissioner Adam Putnam has been running a careful race for Florida governor. And

From schools to shelters, Florida is readying for an influx