The mailers blast Trump for not hiring local workers at his Mar-A-Lago Club in Palm Beach.

Since 2010, nearly 300 U.S. residents applied or were referred for jobs at Mar-A-Lago, but only 17 were hired, The New York Times reported in February. Concurrently, Mar-A-Lago sought more than 500 visas for foreign workers.

PolitiFact reported documents the resort later filed with the Labor Department showed many of the American applicants weren’t hired because they didn’t meet requirements. Some applicants didn’t want to work split shifts, lacked experience, wanted full-time jobs instead of part-time, or didn’t respond when the resort contacted them.

At the last GOP presidential primary debate in Miami back in March, Trump said when asked about his hiring practices, “I’m a businessman. These are laws. These are regulations. These are rules. We’re allowed to do it. And frankly, because of the devaluations that other countries — the monetary devaluations that other countries are constantly doing and brilliantly doing against us, it’s very, very hard for our companies in this country, in our country, to compete. So I will take advantage of it; they’re the laws. But I’m the one that knows how to change it. Nobody else on this dais knows how to change it like I do, believe me.”

The AFL-CIO says in a statement, “This week’s mailers remind workers that Trump says one thing but does another when it benefits him. He claims that he understands the plight of working families and will make the system work for them. Instead, when he has the opportunity to prove his words, he’s more interested in making money off their backs. This is only one of the reasons Florida workers can’t trust Trump to protect their interests.” 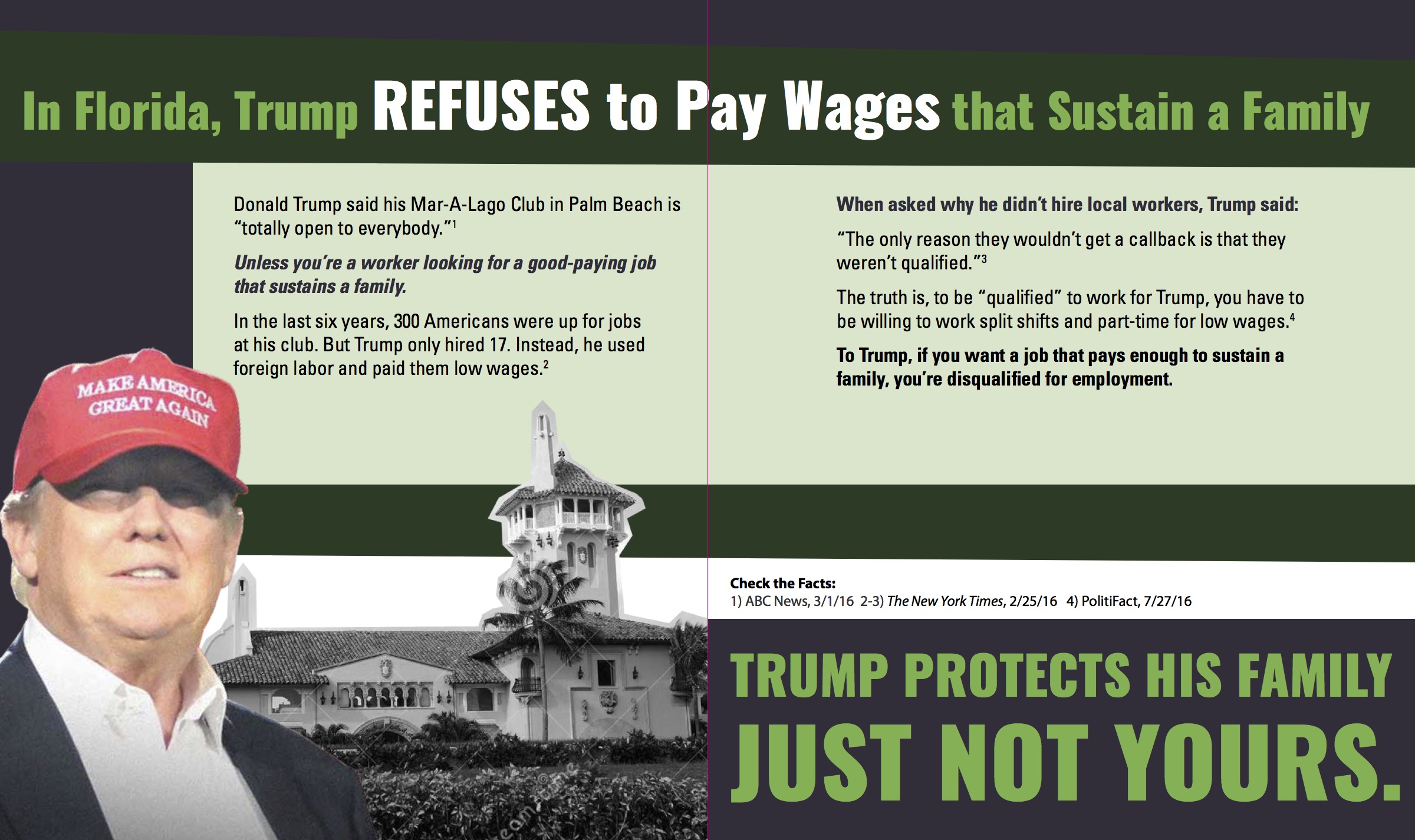 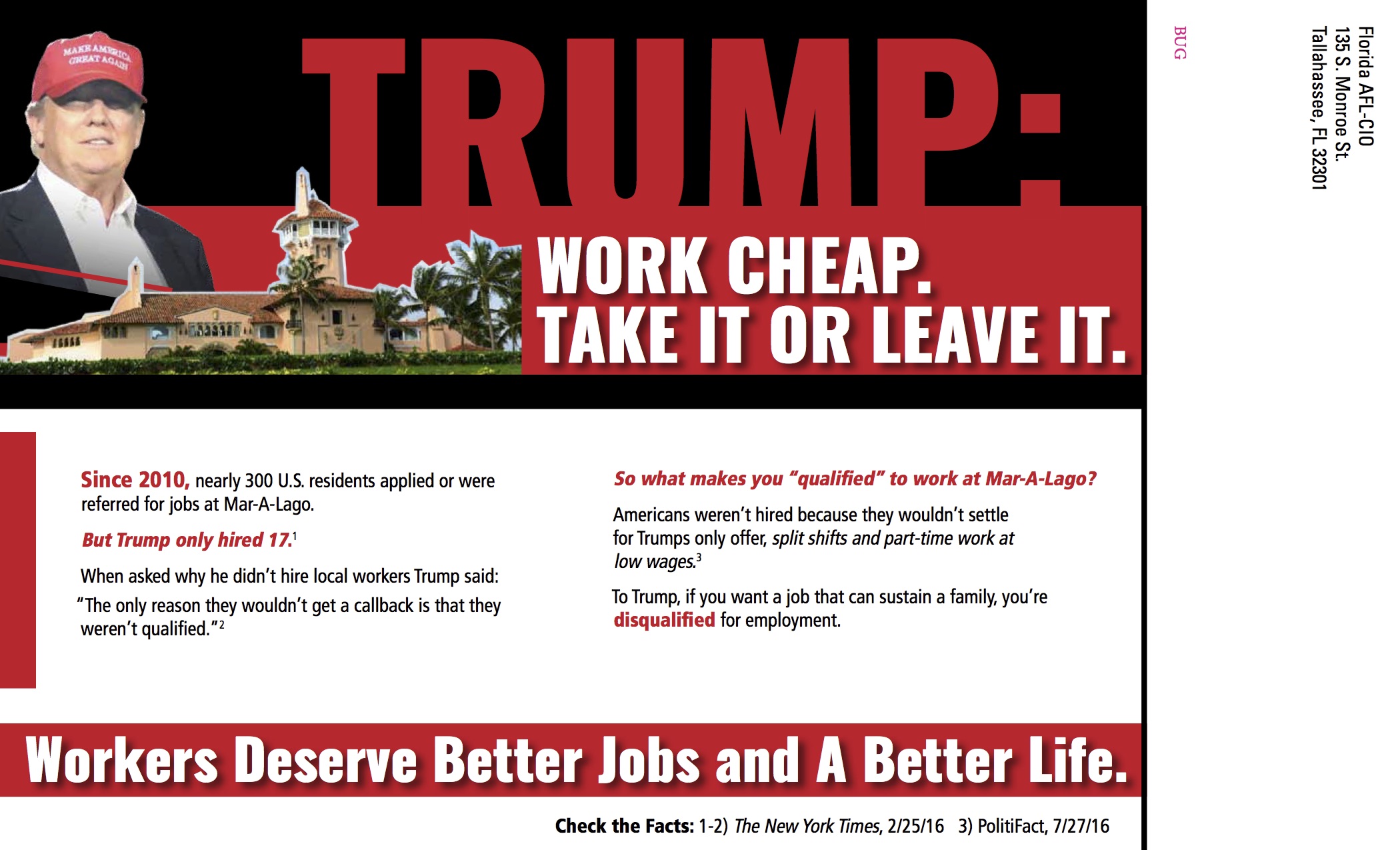 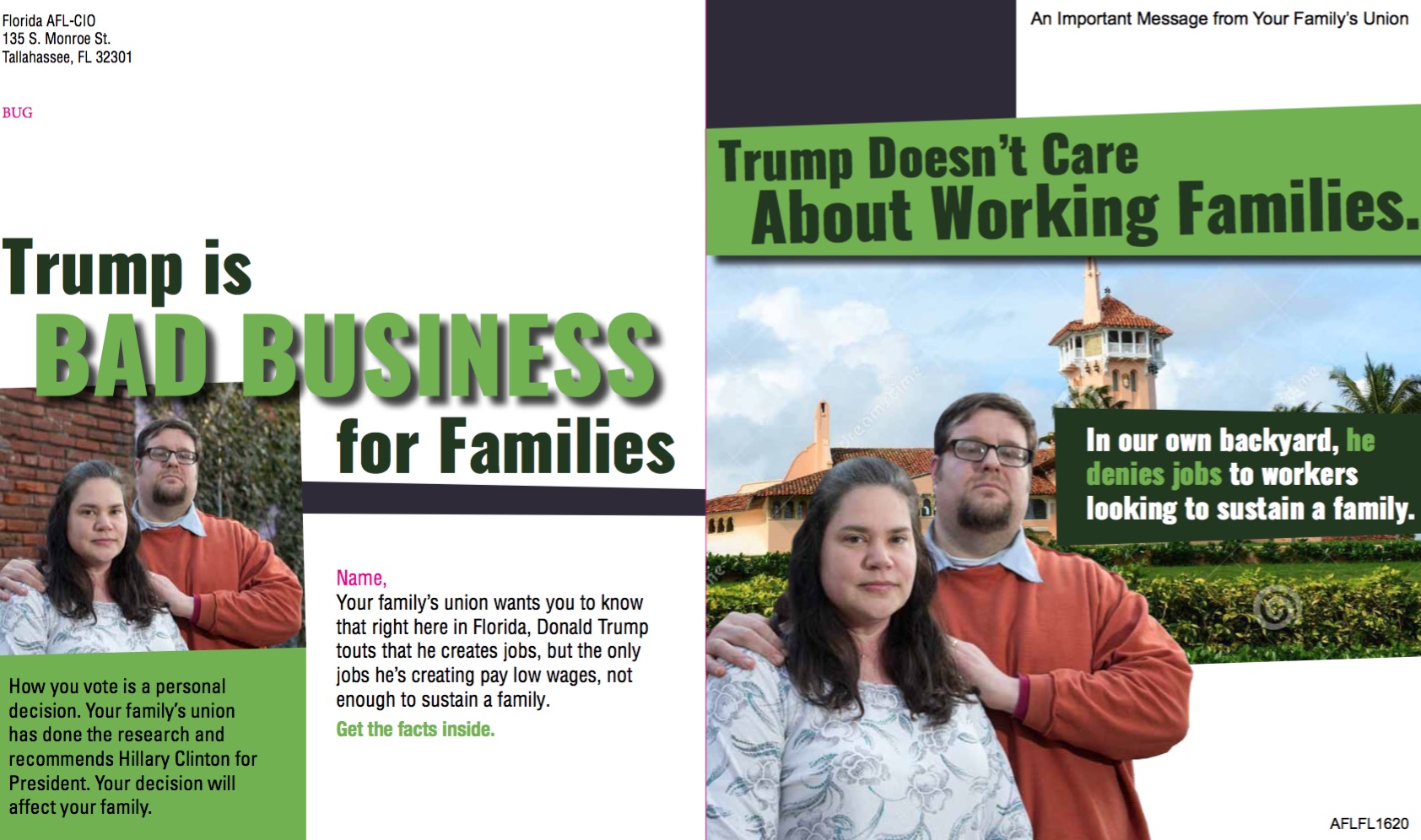 In Puerto Rico’s hurricane-ravaged capital, it seems Carmen Yulin Cruz is everywhere these days: handing out

On the ground in Puerto Rico nearly two weeks after