The mailer is the second from Making a Better Tomorrow, a Venice-based political committee, targeting Diaz de la Portilla in the special election to replace Sen. Frank Artiles in Senate District 40.

“Alex Diax de la Portilla claims to be a conservative, but his record tells a different story,” reads the mailer.

Much like an earlier mailer from Making a Better Tomorrow, the mailer says the Miami Republican raised taxes, increased the size of government, and hurt business and job growth. The ad also slams Diaz de la Portilla for having a “disregard for the law” and “living recklessly.”

Among other things, the ad points to case in which a warrant was issued after Diaz de la Portilla failed to obey an order to turn over a dog in his divorce case.

The ad urges voters to “tell Alex Diaz de la Portilla his behavior is atrocious and certainly not conservative.”

He faces Rep. Jose Felix Diaz in the special election to replace Artiles, who resigned earlier this year amid scandal, in Senate District 40. The race for the GOP nomination is expected to be a bitter and expensive battle, with outside groups pouring thousands upon thousands of dollars into the race.

Making a Better Tomorrow has raised more than $289,331 million since 2014, according to state records. The group hasn’t received any donations since February 2017, when it received a single $4,000 contribution. State records show it ended May with $41,923 cash on hand.

The special primary election in Senate District 40 is July 25, with the general election set for Sept. 26. 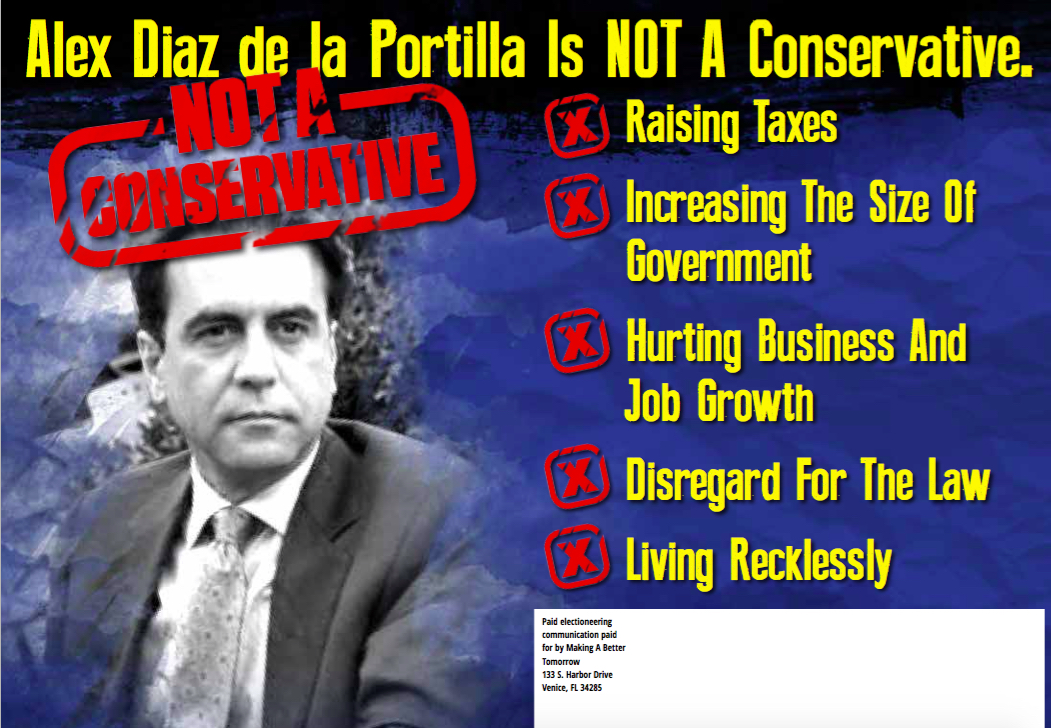 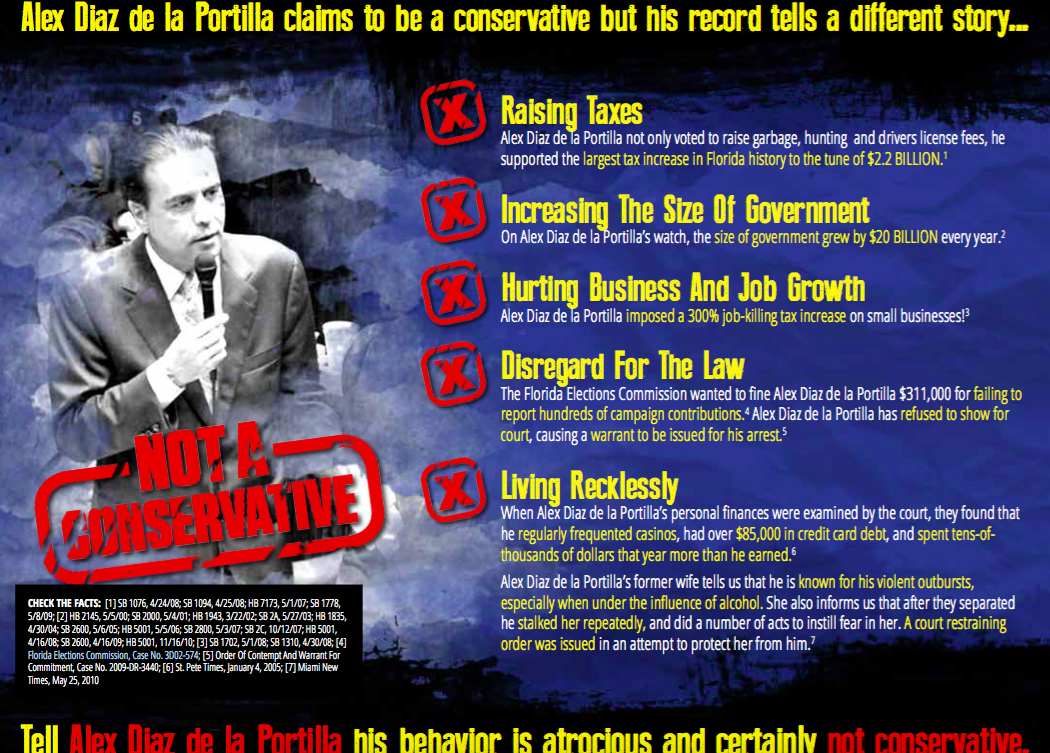 A virtual tie between St. Petersburg Mayor Rick Kriseman and challenger Rick Baker in a mayoral

Officials from Hillsborough and Pinellas counties announced this week they