President Barack Obama is the man most admired by Americans 2016.

In a new Gallup Poll, 22 percent of respondents mentioned Obama in response to the open-ended question. Coming in second was President-elect Donald Trump at 15 percent. This marks Obama’s ninth consecutive time at the top of the most-admired list, but with a margin of only seven percentage points, it was his narrowest victory yet.

Often, incumbent presidents are ranked highest — in the 70 times Gallup asked the question, the president has won 58 times. Twelve exceptions came mostly when the sitting president was unpopular, such as 2008, when President-elect Obama was named over sitting President George W. Bush. The only other president-elect was Dwight Eisenhower in 1952, later finishing first 12 times, more than any other man in history. Gallup notes that Obama is now second all-time with nine first-place finishes.

Americans also named Hillary Clinton as Most Admired Woman, her 15th consecutive year and 21st time overall. Her first one was in 1993 as the first lady, after which Clinton has topped the list every year but 1995 and 1996 (finishing behind Mother Teresa) and 2001 (Laura Bush). Eleanor Roosevelt holds the second-most No. 1’s among women, with 13.

The poll — taken since 1946 — was conducted Dec. 7-11 with a random sample of 1,028 adults, aged 18 and older, from all 50 U.S. states and the District of Columbia. The sample includes 60 percent cellphone users and 40 percent landline users. The margin of sampling error is +/- 4 percentage points at the 95 percent confidence level. 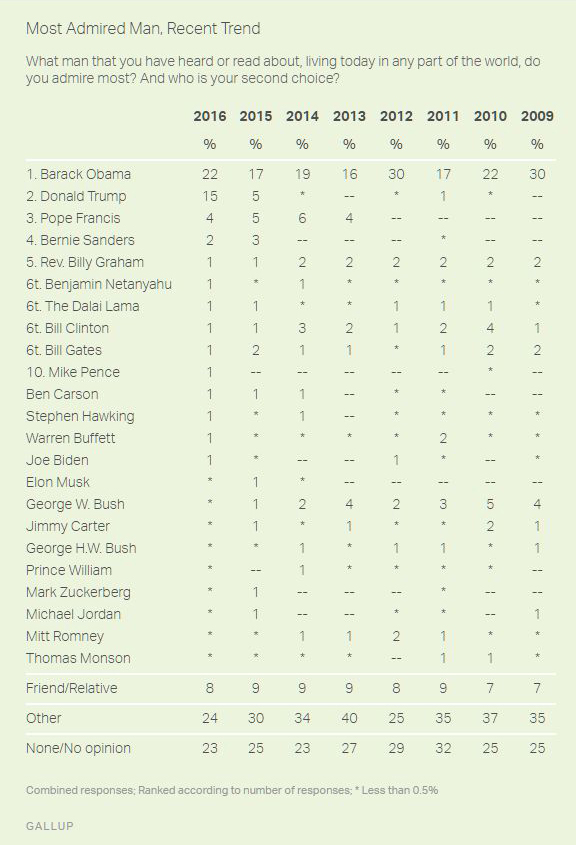 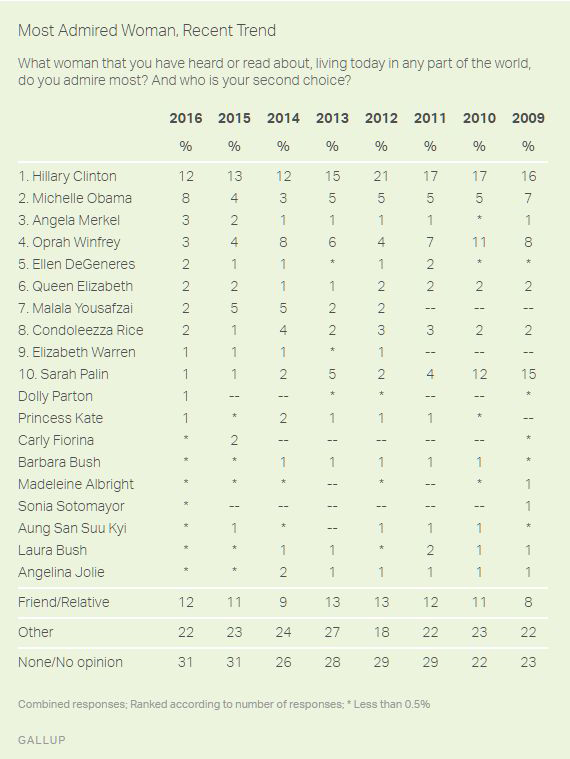