The direct mail campaign comes about a week after the Wall Street Journal ran an editorial that indicated Flores, the chairwoman of the Senate Banking and Insurance Committee, would be to blame if insurance rates increased.

“Paying too much for insurance? The Wall Street Journal says Flores is at fault,” reads one side of the mailer.

The Senate Banking and Insurance Committee last week heard a bill (SB 1218 ) by Sen. Gary Farmer, a trial lawyer from Broward County, aimed at addressing assignment of benefits abuses. The proposal was not the one favored by the insurance and business community. That bill (SB 1038), but Sens. Dorothy Hukill and Kathleen Passidomo, would have barred third parties holding holding assignment of benefits agreements from collecting attorney fees if they sue insurers.

“Senator Flores said she would lower our rates, not raise them. Senator Flores is endangering the Florida Hurricane Catastrophe Fund and is sending our premiums skyrocketing,” the mailer reads on the other side. “We must stop her.”

The mailer encourages recipients to call Flores at her Tallahassee office and “tell her to keep her promise.” 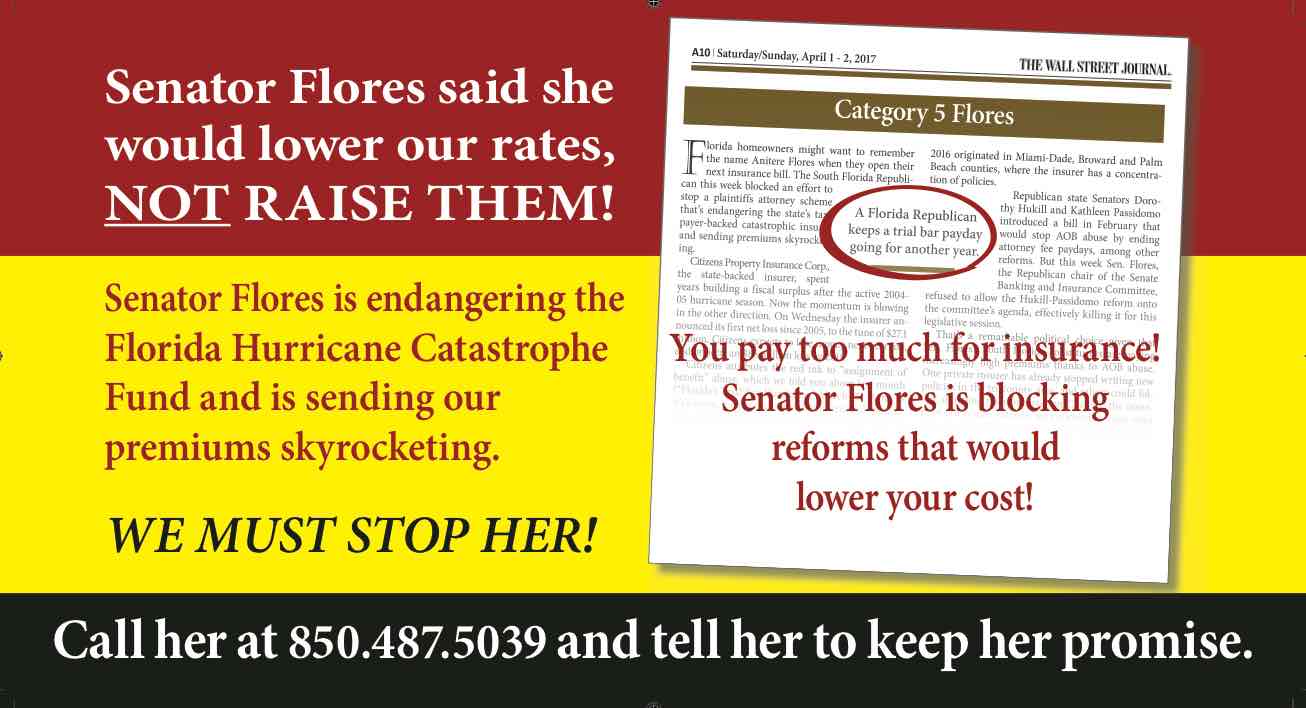 A South Florida senator has filed the first bill in