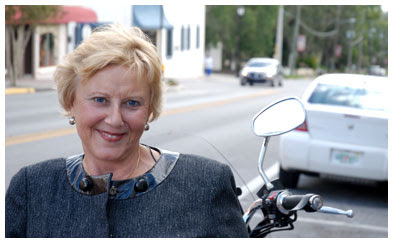 There is speculation that U.S. Rep. Ginny Brown-Waite will announce her retirement at tonight’s Citrus County Lincoln Day Dinner. Or she could be announcing something loony. I don’t know why Ginny Brown-Waite wouldn’t run again after polling this well. Then again, as Eric Jotkoff points out, in 2006, Alex Sink got 49.7% and Bill Nelson got 58.7%. District has moved toward Dems in registration too. Updates:

“…political insiders in her district aren’t buying that. She’s been campaigning vigorously, including sending a campaign rep to the Pasco County GOP meeting Thursday night, after planning the announcement.”

Here’s the Facebook page of Tom Doolan, one of the Democrats already running in FLCD5. Small-business owner Jim Piccollo is the likely front-runner, having out-raised Mr. Doolan by $36,000, has had more press and a much more visible campaign in the District.

In the wake of Sunday night’s massacre in Las Vegas where nearly 60 people died, Florida Republicans