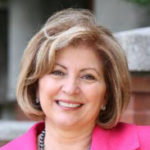 With a new school year kicking off this month, parents across Florida logically expected that the state is providing the proper environment necessary for children to achieve their greatest potential.

That’s why I was outraged to read last week about students in Hillsborough County who are languishing in sweltering classrooms because the school district simply does not have the resources to fund the proper maintenance of air conditioners in schools.

Make no mistake about it: this is a moral failure by Republican leaders in Tallahassee who are more interested in helping the for-profit charter school industry than in ensuring the more than 2.5 million children in traditional public schools have the resources they need to succeed. For the last 20 years, there has been a relentless assault on traditional public schools in order to siphon your tax dollars into the pockets of corporations and eventually privatize Florida’s entire public education system.

This past legislative session we heard a lot about not picking winners and losers, but a look at the numbers show where Republicans’ priorities lay.

Right now, there are around 4,270 traditional public schools in our state and there are about 650 charter schools.

Last year, both traditional public schools and charter schools received $75 million in Public Education Capital Outlay, or PECO, funding. This is the funding pool schools draw from to pay for the construction of new schools or buildings and for maintenance and upkeep of existing facilities, such as repairing air conditioners.

It’s obvious that charter schools will be receiving far more money per-facility than our traditional public schools. What makes this equal split even more alarming is that as recently as the 2012-2013 and 2013-2014 budgets, public schools received no funding at all, but charters received over $140 million. While public schools struggle to dig out of a hole they were left in by Tallahassee Leadership, charters continue to rake in your tax dollars.

What’s even more egregious is that you, the public, don’t even own the facilities that charter school operators are using your tax dollars to fix up. In fact, investors from Oregon spent over $100 million this month buying charter school real estate in Florida and while many so-called “charter management organizations” purport to care about education, in many cases they are nothing more than glorified real estate holding companies.

Making matters worse, the Legislature continues to make it more difficult for districts to make up the loss of funding from Tallahassee with local tax dollars.

Originally, districts could collect $2 for every $1,000 in taxable property value to help fund capital projects. That was rolled back to $1.50 during the height of the Recession, resulting in millions of lost dollars for districts statewide.

Also, as part of the monstrous education bill, HB 7069, rammed through the Legislature this year despite bipartisan opposition, districts will now be forced to share a portion of those already scant local tax dollars with charter schools. Again, your tax dollars being used for the maintenance and upkeep of facilities the public does not own.

Why is it so important that your tax dollars are going to schools the state doesn’t own? According to a report by The Associated Press, over $70 million in PECO funding went to charter schools that have closed since the year 2000. Your money went to fund improvements at facilities that were then potentially sold off at a profit. That’s blatantly wrong.

I want to commend the incredible jobs that our Hillsborough County school district employees are doing with limited resources. This is not just a Hillsborough County issue though. In Polk County alone, funding for current and future capital construction projects are facing a shortfall of $447.7 million when accounting for projected student growth over the next 10 years.

In response to these shortfalls, local districts are being forced to run campaigns to raise sales taxes or property taxes to make up the difference because Republicans in Tallahassee have abdicated their responsibility to properly care for our public education system.

It is past time for a reordering of priorities in Tallahassee. As House Democratic Leader, I am proud to lead a caucus that will always fight for the children in our public schools and to ensure that your tax dollars are enhancing education for all of Florida’s students. We will continue that fight in the upcoming session to work to repeal HB 7069 and to increase the amount of PECO funding for our traditional public schools.

Our children, parents and hardworking public-school employees deserve it.

Janet Cruz is Minority Leader of the Florida House of Representatives.

Pointing to similar cases in other parts of Florida, an appeals court Wednesday overturned a decision by the

Early voting started Friday and will continue through Oct. 7 for a pair of special elections

Pointing to similar cases in other parts of Florida, an

Early voting started Friday and will continue through Oct. 7