Is Pam Keith running for Congress, or is she still seeking a U.S. Senate seat?

In a new fundraising email to supporters, Keith – who recently announced a bid for Florida’s 18th Congressional District – flaunts an endorsement from the Democracy for America chapters in both Broward and Miami-Dade counties. DFA is the progressive committee founded in 2004 by former Democratic National Committee Chair Howard Dean, which boasts more than one million members.

After losing a U.S. Senate bid in 2016, Keith is now seeking the House seat of Palm City Republican Rep. Brian Mast, which encompasses much of St. Lucie and Martin counties and a part of Palm Beach County.

What CD 18 does not include is either Broward or Miami-Dade counties.

Of course, the endorsement would be most effective if Keith were still running a Senate race, but she is not. Out-of-district support is somewhat less helpful.

Keith, a former U.S. Navy Judge Advocate General attorney who later worked for Juno Beach-based NextEra Energy, raised about $250,000 for her Democratic Senate campaign, ultimately getting about 15 percent of the vote. 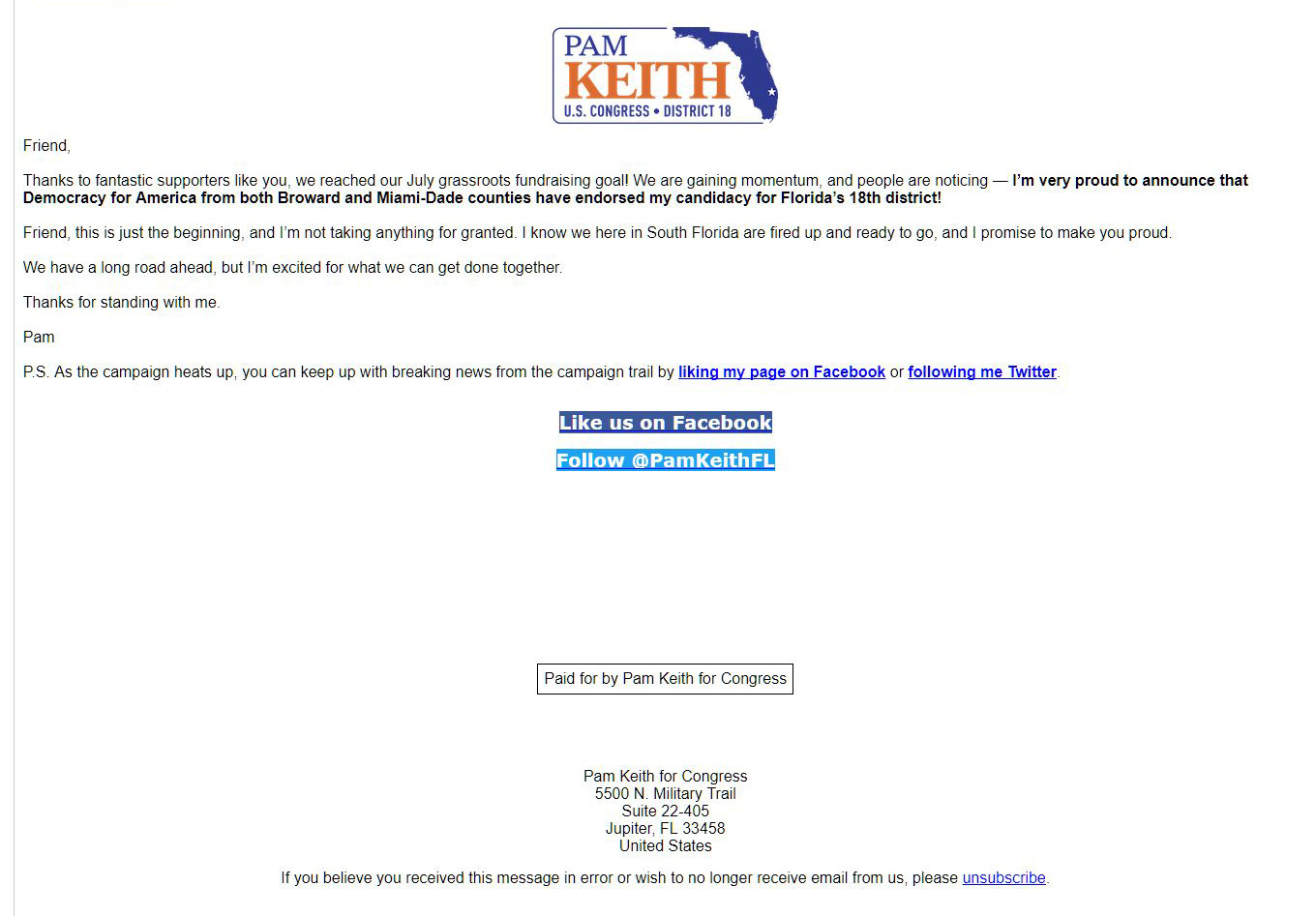 More national help is on the way to promote Republican U.S. Reps. Brian Mast of the

The last shelter used for Hurricane Irma evacuees has closed in Miami-Dade County.

Nearly 17,000 flood insurance claims connected with Hurricane Irma have been filed, and more are expected

More national help is on the way to promote Republican

The last shelter used for Hurricane Irma evacuees has closed