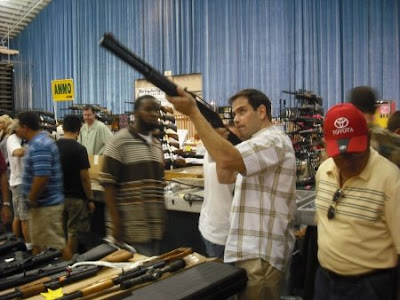 While our opponent’s campaign declares he is too busy “governing” to join Marco in a series of debates, in reality we know he is cozying up to the establishment and special interests – not only in Florida but also in Washington and around the country.

Thus, it should come as no surprise when the fundraising figures are released and he easily posts a monster number in the range of at least $8-10 million. He is, after all, a record-breaking fundraiser who in the first quarter of his 2006 gubernatorial campaign raised $3.8 million when the cap on individual donations was set at $500. In this campaign, he can now raise five times that amount, has dedicated this past month to a breakneck fundraising schedule featuring “literally an event every night” and is already hauling in money not only for the primary but also for the general election.

Many in the establishment have already bought into the case for his inevitable election. Some pundits, pollsters and the media are starting to buy into it too. And clearly, Charlie Crist has bought into it as he sets his fundraising sights on the general election.

Don’t buy into the hype though. Political history is littered with the discarded predictions of pundits and politicians who put more stock in fundraising and poll numbers than in principles and ideas. Although the temptation in the coming weeks will be to define this race simply by dollars in the bank, the true measure of this race won’t be made until Primary Election Day – still 14 months away.

A spokesman for Miami Beach Mayor Philip Levine, who is widely expected to jump into next

A spokesman for Miami Beach Mayor Philip Levine, who is