Menu
Whoever said there were no second acts in American politics would never have envisioned the biggest prick in Congress finding his second wind by appearing on a dance competition show alongside Donny Osmond and Macy Gray. 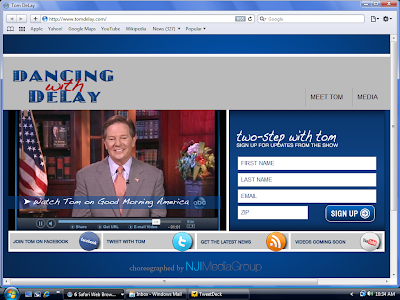 Of course, Tom DeLay, who was indicted by a Texas grand jury on criminal charges that he had conspired to violate campaign finance laws, fits right in with this year’s cast, which features seven contestants with rap sheets.

On Saturday, former Miami Dolphins defensive end Jason Taylor will join fellow legends as they are

Andrew Gillum is staking claim to the broadest base of campaign donors. The Democratic gubernatorial candidate’s

Members of Florida’s congressional delegation vulnerable because of their balanced